October 31'st was the day that Rosemary Moore stopped cooking in The Armoury.

She data-start=ed 33 years ago, when her parents George and Freda Hobson were the first owners of the Wooden Spoon snack bar. Taking a break for 30 years, she returned and for the last year and has been cooking Meals on Wheels in the lower level of The Armoury for Prince Edward Community Care. Through an arrangement with the Prince Edward Learning Centre, that agency kitchen was used to prepare the meals for this worthwhile program. Rosemary is moving on to other endeavours and she was thanked warmly by Community Care staff and presented with flowers to show appreciation. 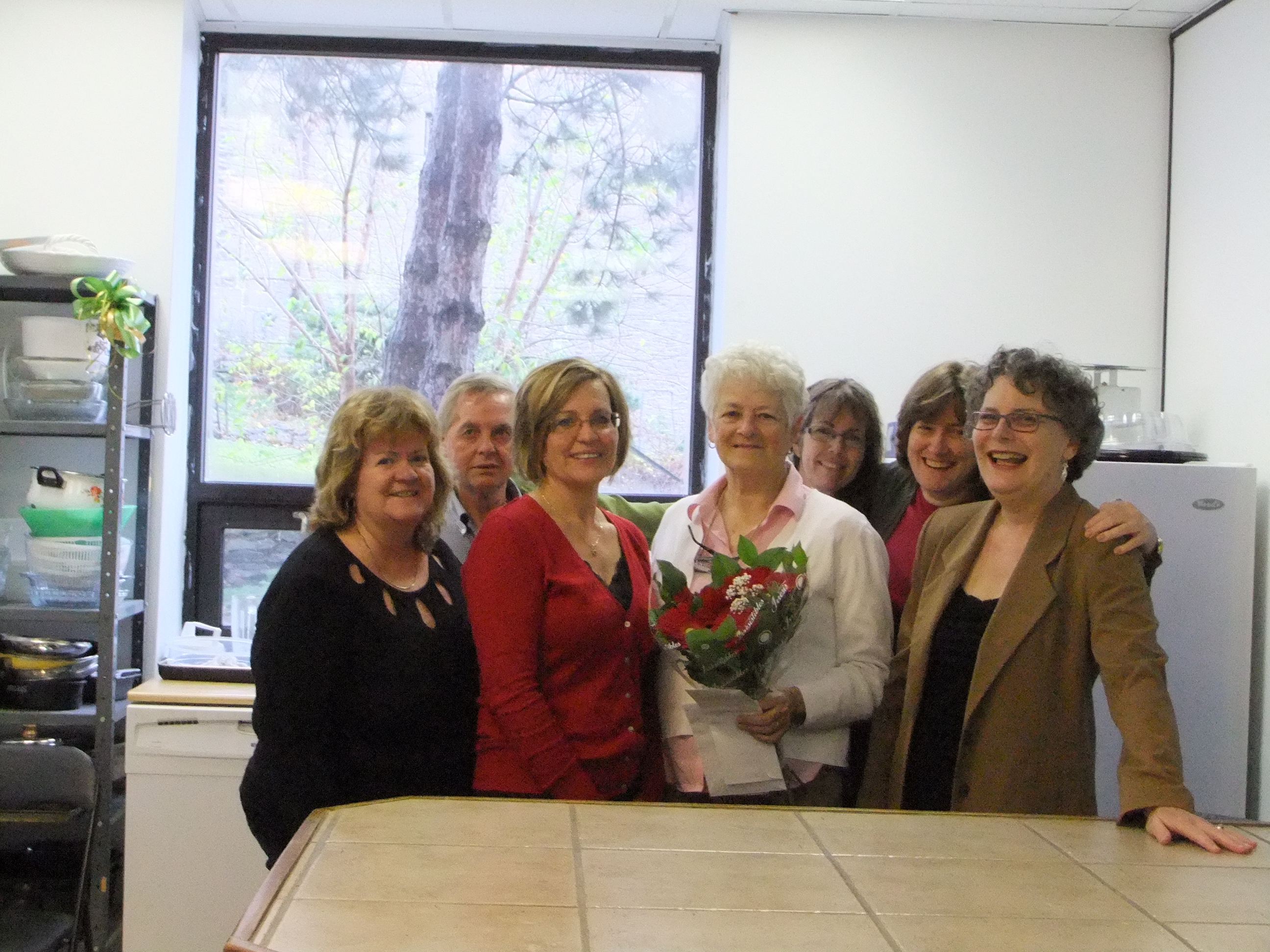 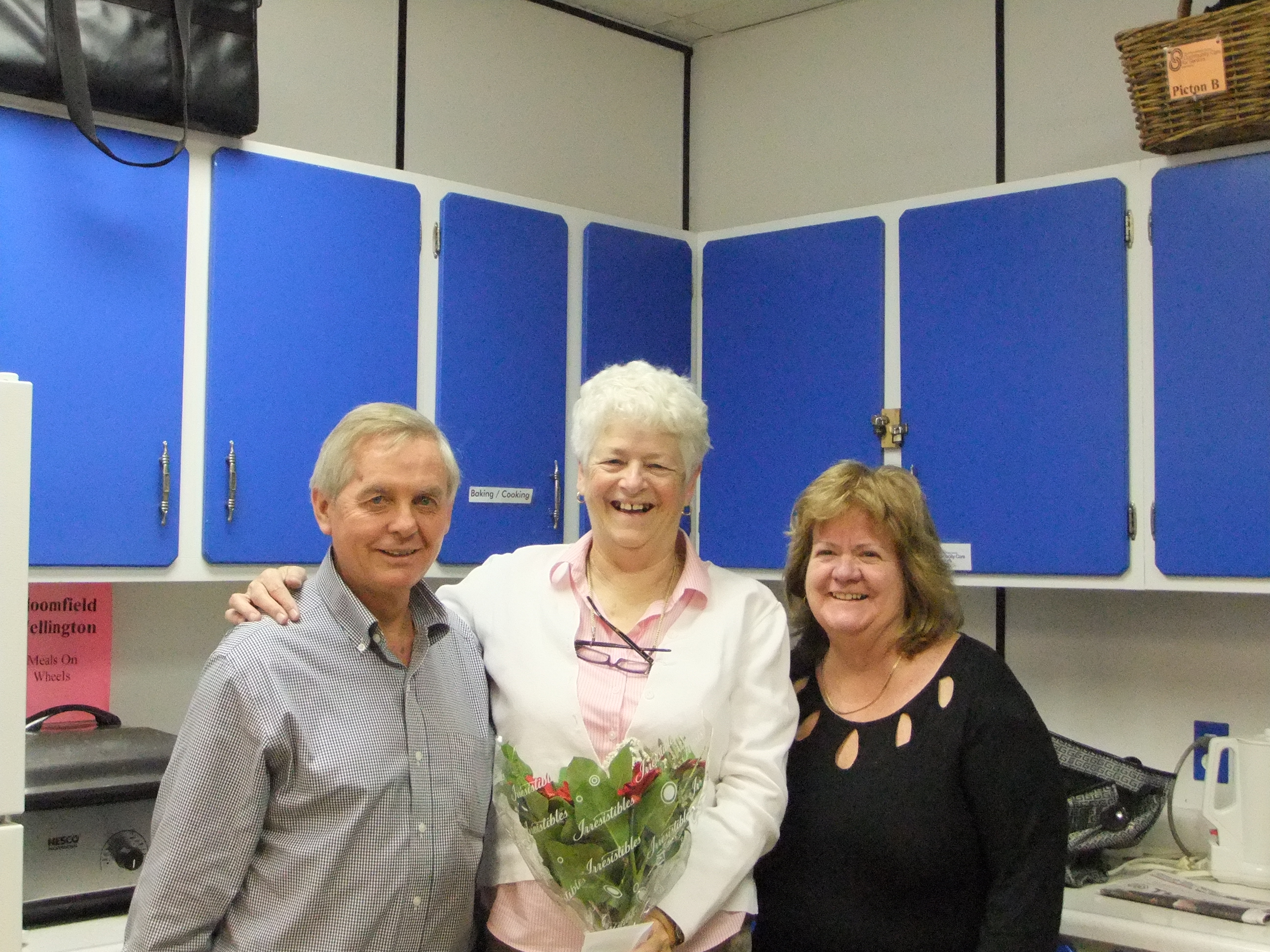