Open Navigation
Close Navigation
Our Organization
Back to News
A Lifetime as a Daughter: A Profile of Carol Emlaw 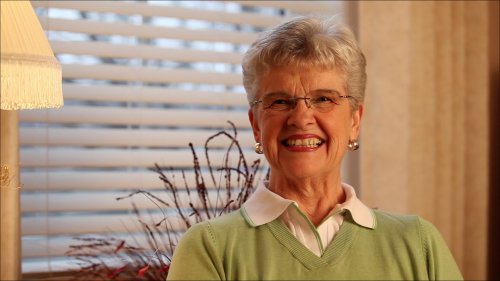 This year is the 40th anniversary of The Prince Edward County Community Care for Seniors Association. The organization will celebrate its long history of helping seniors live at home at a special event on October 12th, 2017 at Rotary Hall at the Prince Edward County Community Centre. As part of these celebrations, it is profiling some of the many people who have been instrumental in its development. Guest columnist, Peter Lockyer.

Carol Emlaw can trace her family roots to the first members of the Striker family who settled as Loyalist refugees in the 1780s on farmland along Royal Road in The County. She grew up on a small farm that had been passed down through the generations.  After high school, Carol data-start=ed working at the Bank of Montreal located then at the top of the Picton town hill.  She was seventeen. Two years later, she was married to another bank employee and they left for jobs in Toronto.

“I data-start=ed in banking in April 1960, “ she recalls, “and I returned home to Prince Edward County in April 2000 so I had a 40-year career in the industry… I enjoyed my career immensely. You got to know your customers and we made decisions with them… But there were changes happening and the industry was becoming a lot more automated. The personal touch was being replaced and I missed that.”

There were other changes happening too. Her father died in 1984 at the age of only 64.  And her Mother was now a senior citizen trying to remain independent.

“I always felt sorry for her,” she says.” She was a town girl when she and Dad met in high school, and she went to Royal Street and milked cows for 45 years. And I don’t think there was ever a cow she liked! But it was the times. They were both nineteen and it was during the war years.”

Her Mother later re-married and for many years the two families shared the certainty that their parents were happy and independent.

“We acquired an amazing extended family who were as kind, loyal and supportive of Mom as we were,” Carol remembers. “They visited, invited her out, brought goodies, and just loved her as we did. Their support of her was a wonderful support to us.”

But when their Mother’s second husband died in 2006, Carol and her sister began helping their very independent parent cope with her new life.

They moved their Mother into a condominium in downtown Picton as she no longer drove a car.  She loved the nearby Giant Tiger store, and she made new friends. But as their Mother’s health declined over the next decade, her daily care began to overwhelm the limited capacities of Carol and her sister, a single parent with a job and children in Toronto who drove down weekends to relieve Carol and her husband who provided care during the week.

“I felt like I was a prisoner of love,” she says.” I just wanted a couple of days off and I’d come home and just feel terrible to think like that. You lose your own life. But the truth is you have a long-term parental responsibility and you care about your parents, and you want to do the right thing. But you are held by love.”

That’s when Carol discovered the many services available to seniors and their families through The Prince Edward County Community Care for Seniors Association.   They began with frozen Meals on Wheels delivered to their Mother’s apartment so they could ensure she was eating properly.  Visits from the organization’s many volunteers provided their Mom with conversation and company while providing caregiver support to the family.

Carol’s Mother died in February of 2015.

“I am so glad we did this because my Mom had a great life,” Carol reflects. “My sister and I and our families can visit the gravesite and we can say we did the very best we could do. And we did it with the help of the community.”

To learn more about The Prince Edward County Community Care For Seniors Association and to register  for its 40th special event on October 12, 2017, call 613-476-7493, visit their offices at 74A King St. in Picton or email: info@communitycareforseniors.org