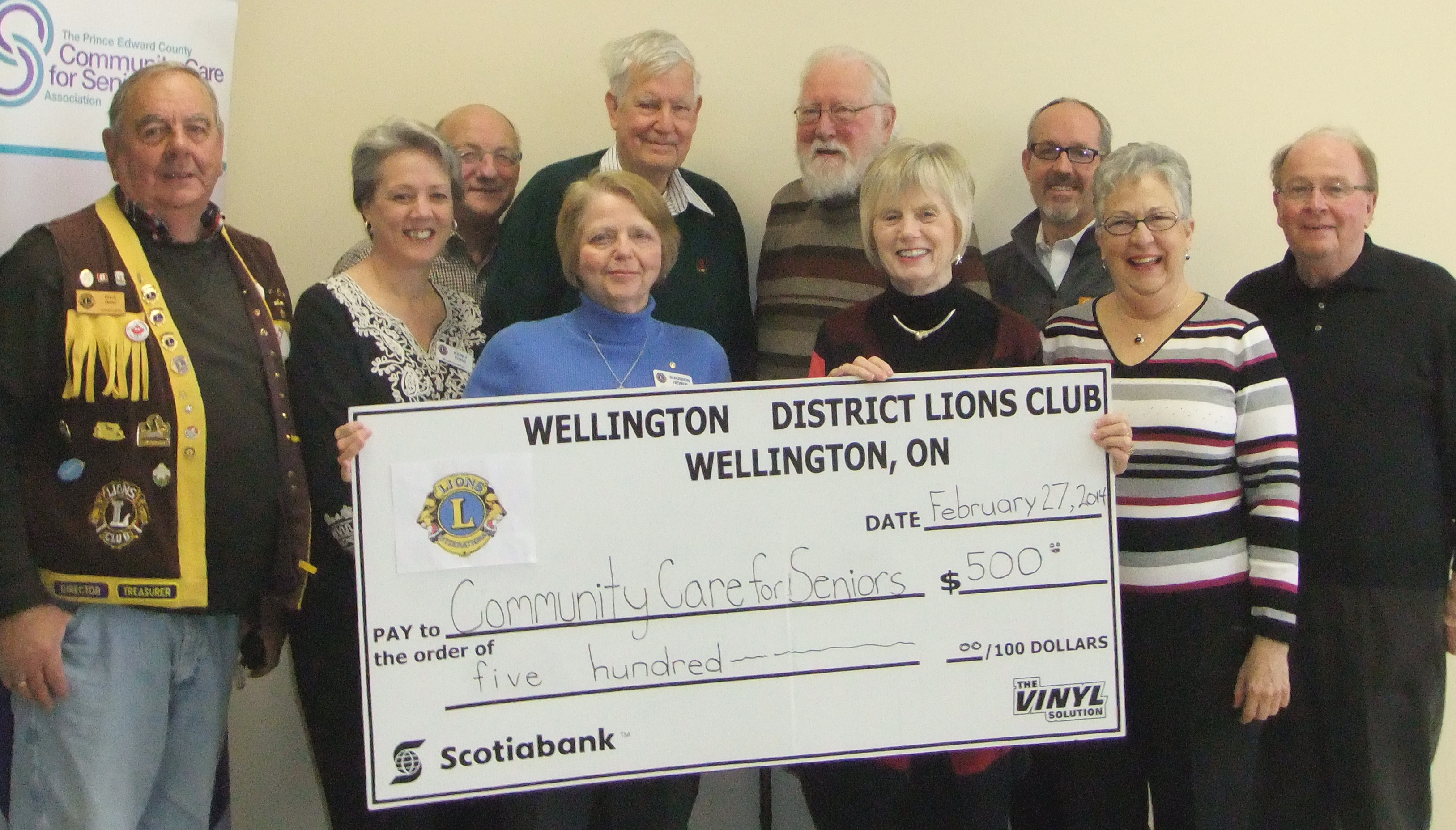 "It was a unanimous decision" said Lion Art Hewer, Vice President of the Wellington District Lions Club.  In this, their 40th Anniversary Year, the Club chose to support Prince Edward Community Care to help seniors live at home.

Lion Hewer went on to say that their Club holds several fundraisers each year, including sales of Easter Bunnies, the Wellington Dragon Boat Club, and a "scoop and poop" event in Belleville at the Dog Show. This group of hard working community members is certainly willing to do what it takes to raise money in support of community endeavours.  Their current projects include raising money for the Wellington Gazebo.

The Wellington District Lions Club currently has 30 members and welcomes more to join.  The target is to have 40 members in this their 40th Anniversary year.

Prince Edward Community Care for Seniors has been supporting seniors to live independently at home since 1977.  Services include Meals on Wheels, transportation to medical appointments & shopping, noon-time dinners for seniors, help with forms, reassurance programs, homemaking, snow shovelling and home maintenance.  The agency is partly funded by the Ministry of Health & Long-Term Care through the Local Health Integration Network and supported by donations and community fundraising efforts.