It's my honour today to make a few comments about an outstanding woman, an outstanding volunteer, a person who became my friend on Tuesday, October 5, 1982 when she took on the role of Community Care's only staff person while I waited in hospital to have my first baby.

Maureen has been a volunteer for The Prince Edward County Community Care for Seniors Association ever since. She is one of our longest serving volunteers.

These are just some of the roles Maureen has played with our agency:

Maureen has been a member of the board for over 20 years in roles such as secretary, treasurer, chair of the board and Founding President of our Community Care Foundation.

She delivers Meals on Wheels, including co-ordinating the MOW volunteer drivers for her church, doing so for at least 12 years.

She's a willing fundraising volunteer including standing on street corners for our annual Tag Day. Last Friday she was a 'runner' and collected up the money from the volunteers on the corners!

Maureen was always willing to help with the art auction when that was a big fundraiser.

She has taken the lead for many years on our Christmas Memory Tree.

When we had dances, she was always there, making the lunch as well as dancing!

She has been involved in most of our other fundraising events.

When not raising money, Maureen could be found assisting with the congregate dining program (monthly dinners).

Since we opened the Thrift Shop, Maureen has regularly worked a 3 hour shift every Friday in the shop.

She is the 'special pricing' volunteer for the Thrift Shop which entails investigating the price of unusual items such as a fly fishing rod, china, antiques, etc. To do this Maureen has established contacts with many local experts who are willing to help with the pricing from time to time.

She also sits on the organizing committee for the Thrift Shop and attends the monthly meetings of this committee, along with the orientation sessions for new volunteers.

You can see from the list above that Maureen is at home in many roles. From direct contact with seniors to developing policy we can count on Maureen to bring a keen eye for detail, a willingness to share her thoughts and concerns, and a level of commitment that many of us only wish we could achieve. She is a storyteller and can illustrate a point with a joke or a true incident that leaves one both laughing and thinking.

In all of her involvement with people Maureen's genuine kindness and concern shine through. Her community involvement is well known in Prince Edward County and touches people of many ages and with a range of issues.

As well as Community Care's board she has served on the board of the Children's Aid Society, Children's Services Committee, Alternatives for Women, St. Vincent de Paul, Adult Mental Health Co-ordinating Committee, Prince Edward Chapter of the Ontario Heart and Stroke Foundation, and is a volunteer for the Victim Witness Program. For six years she sat on the Canada Pension Plan Tribunal, the panel that reviews applications for CPP. She recently joined the Women's Institute.

In her work as longtime manager of the Prince Edward Corrections Advisory Board she touched the lives of many young people in trouble with the law. If asked, they would say she treated them with respect and caring, and was truly concerned with their individual issues and needs. Many would cite knowing her as having a huge impact on their life and future.

With all that she has given, and continues to give, to the community, Maureen gives even more to her family. To see her smile just ask how her, husband, children and grandchildren are doing. Out come the photos and the tales of family time on special occasions, at the cottage and just everyday. Even while giving her life's work to community betterment, Maureen would say that her crowning achievement is the love of her family.

Maureen mere words can't express our gratitude for what you have done for seniors in this County. You are a wonderful person and a dear friend.

And now, as Maureen brings to a close (at least for now) the chapter that was being on the board of the Community Care Association and Foundation, we pondered how to recognize what she has given, and continues to give, to this agency and to seniors in The County.

Today we are announcing the establishment of a new Annual Award to be given to a graduating student at each PECI convocation, beginning in 2012. 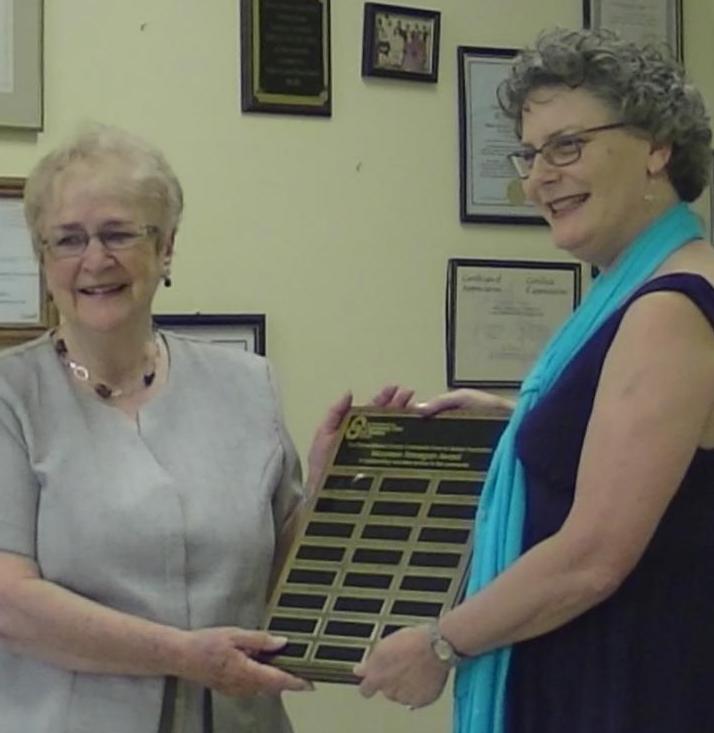 This is The Prince Edward County Community Care for Seniors Foundation Maureen Finnegan Award for outstanding volunteer service to the community.