An Honourary Member of OCSA since 2006, Debbie MacDonald Moynes has been involved with this provincial association since its inception and served on the board of directors for 9 years. She was also recognized as having worked in the Community Support Services sector for 31 years. 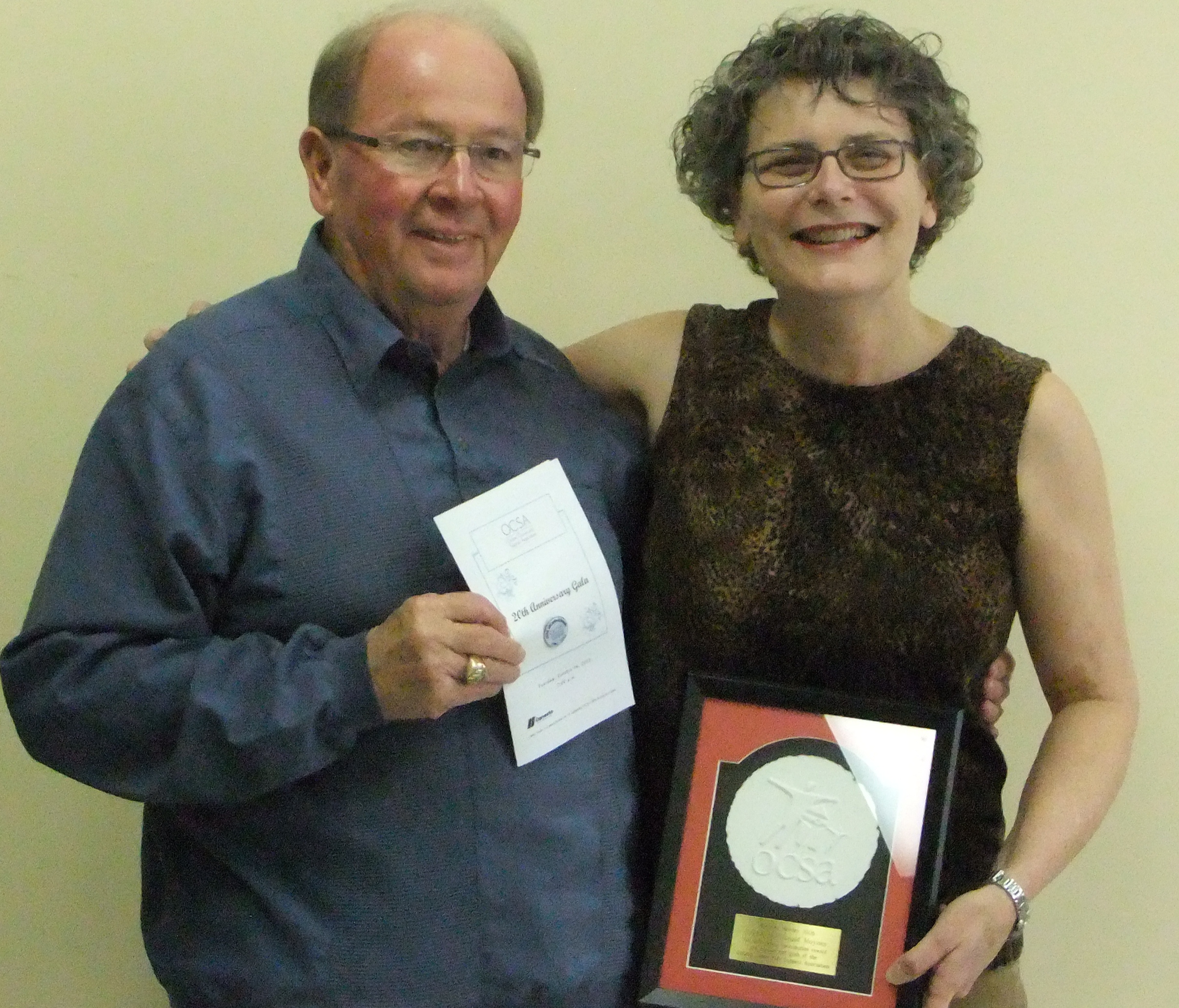 Maureen Finnegan, past chair of Community Care and a long-time volunteer, was recognized for almost 30 years of continuous service to the CSS sector. Maureen would welcome more people to join her as a volunteer at Community Care's Thrift Shop. Call the office at 613-476-7493 to find out more about volunteering.

Lorna MacDonald with Maureen Finnegan and President John A. Jackson

See the following Program for more information on the Gala. 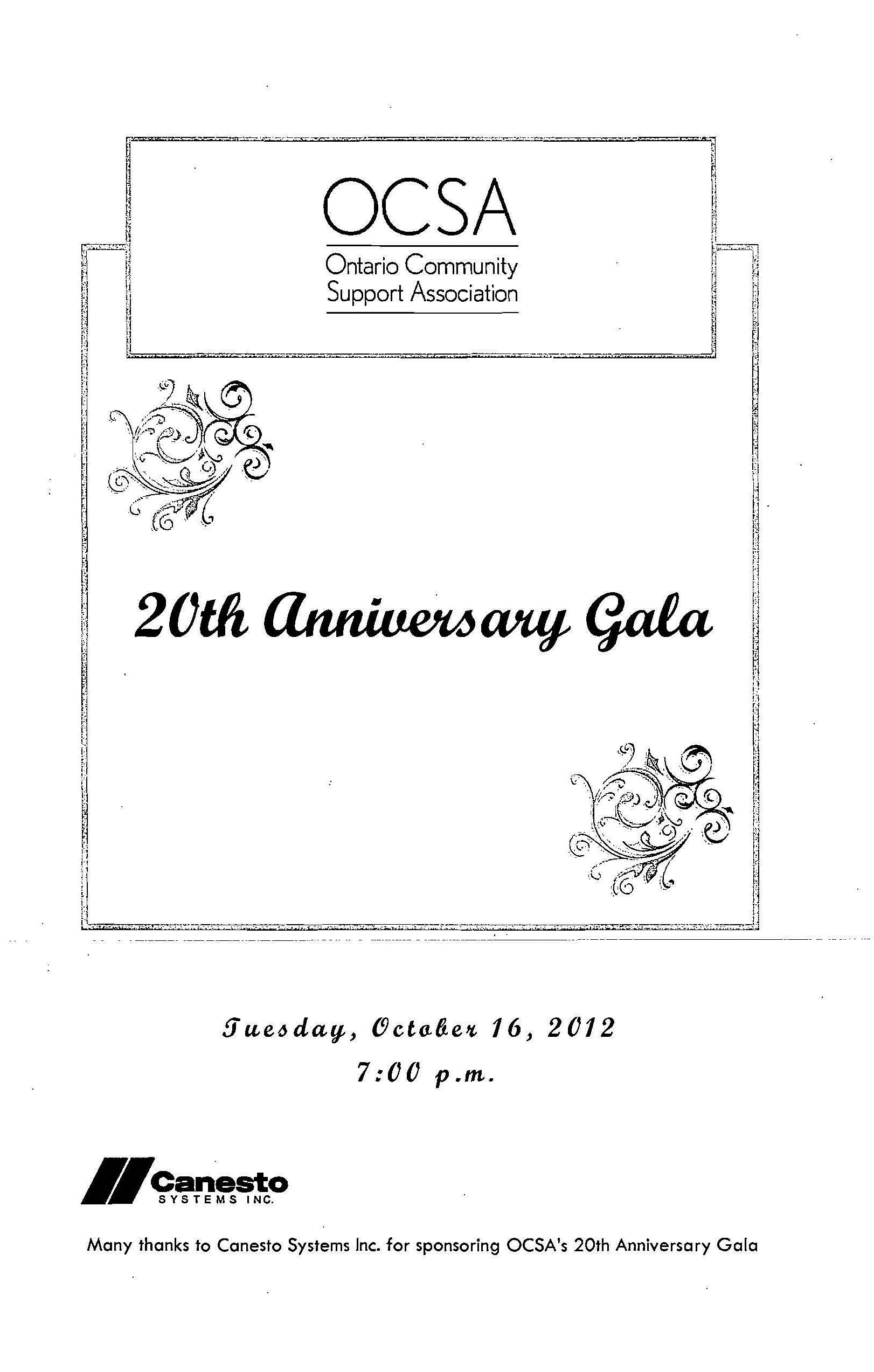 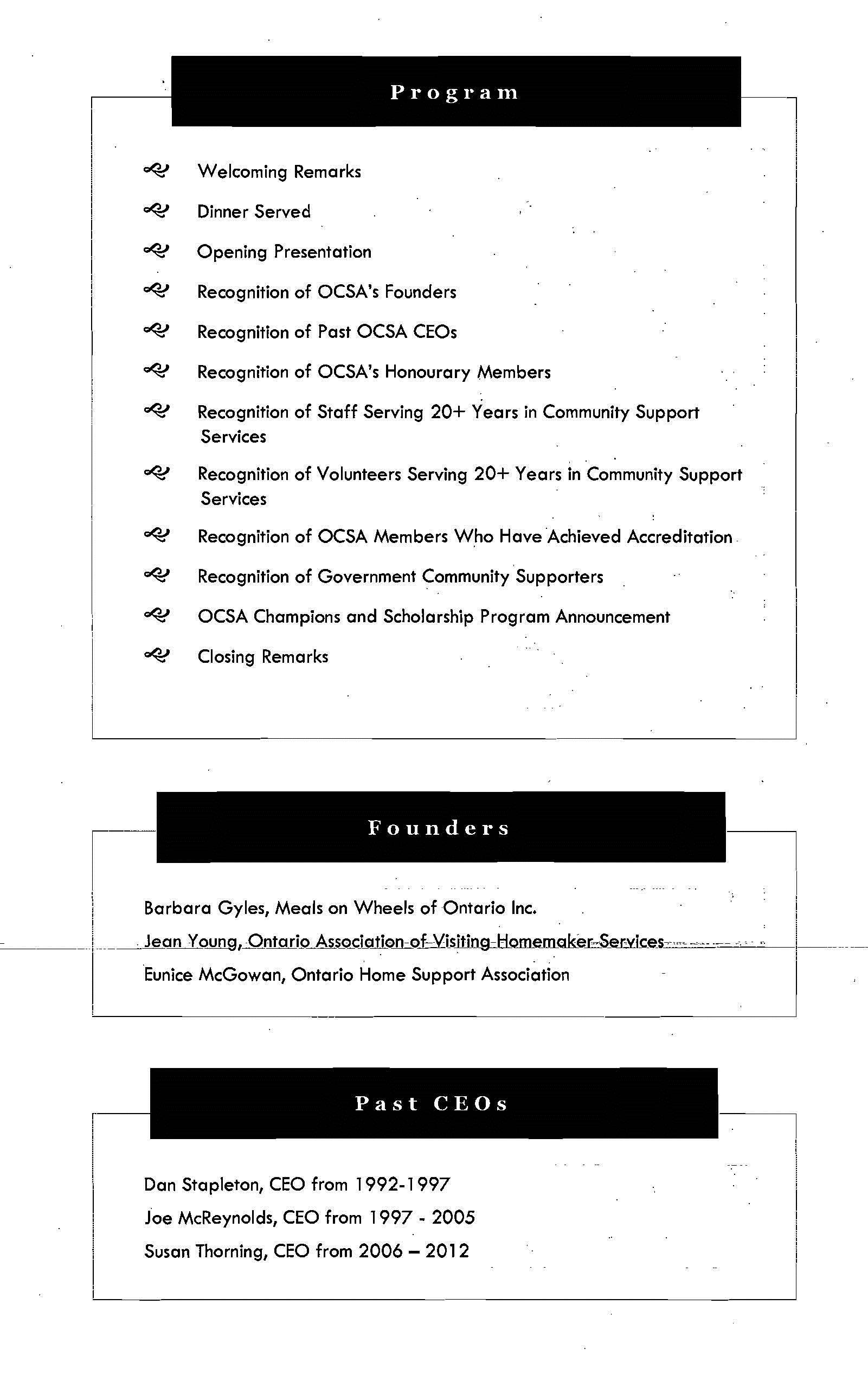 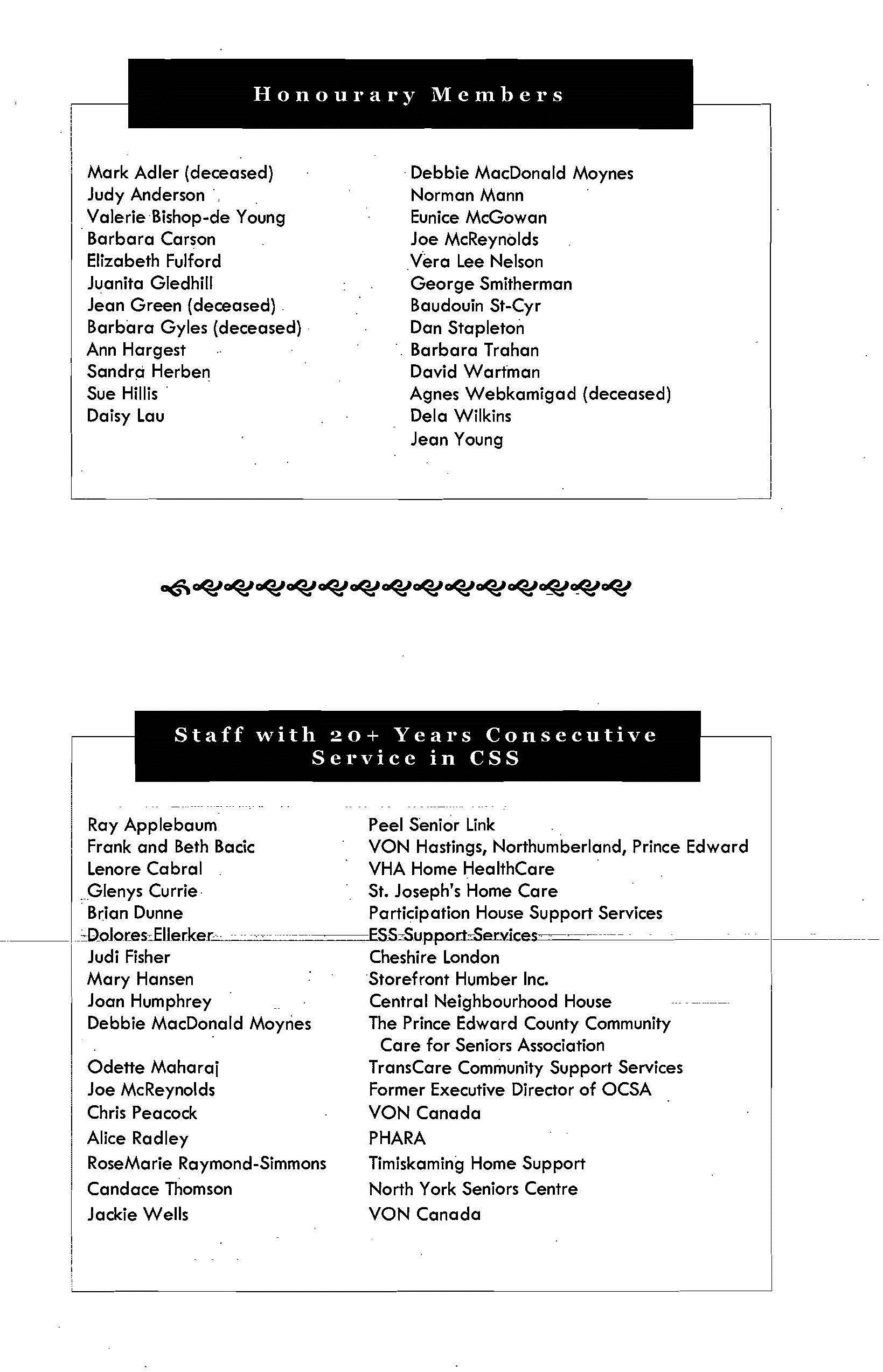 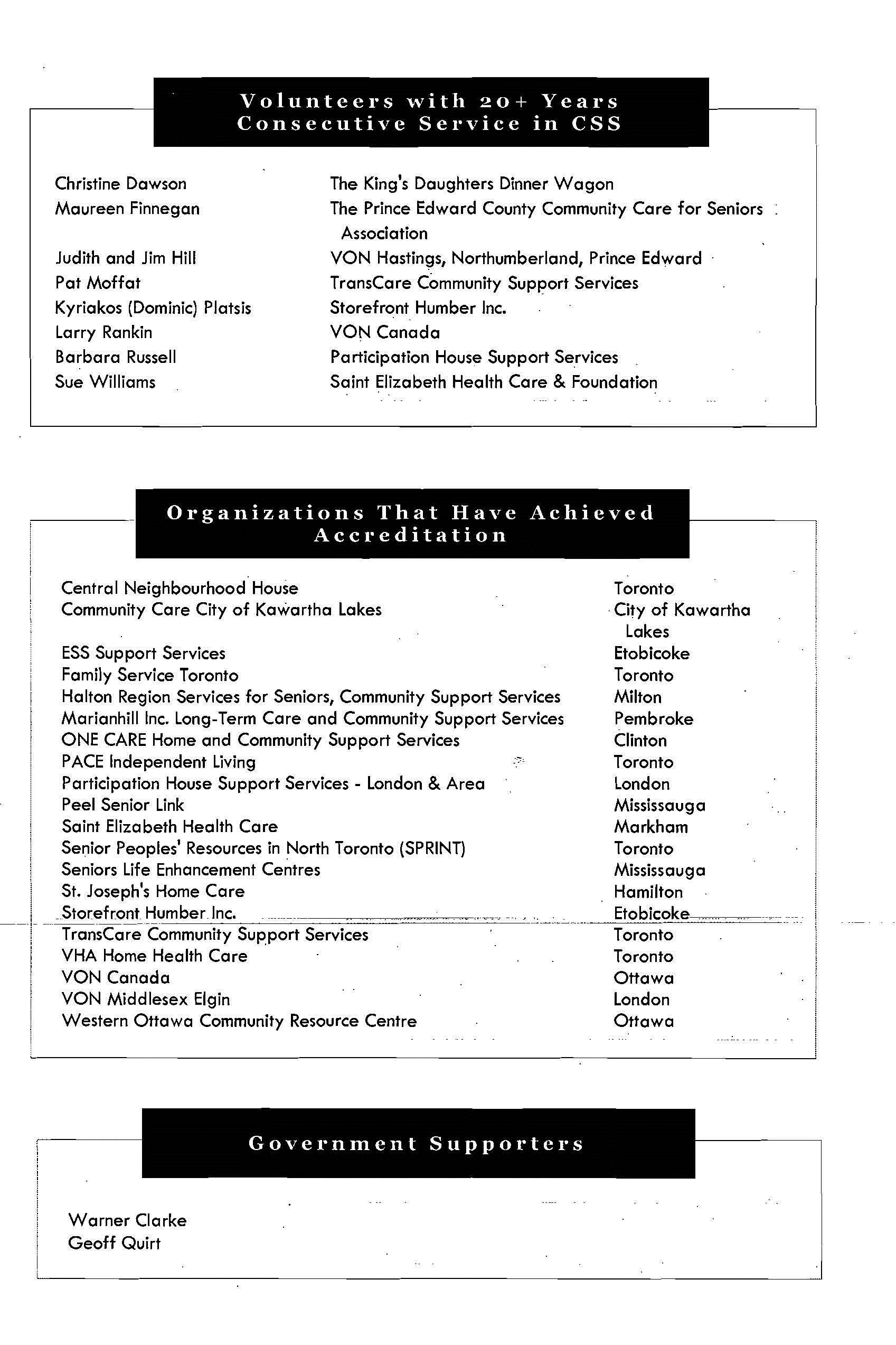