Open Navigation
Close Navigation
Our Organization
Back to News
A Lifetime Of Volunteerism: A Profile Of Ralph Hall

This year is the 40th anniversary of The Prince Edward County Community Care for Seniors Association.

The organization will celebrate its long history of helping seniors live at home at a special event on October 12th, 2017 at Rotary Hall at the Prince Edward County Community Centre. As part of these celebrations, it is profiling some of the many people who have been instrumental in its development.

A Lifetime Of Volunteerism: A Profile Of Ralph Hall 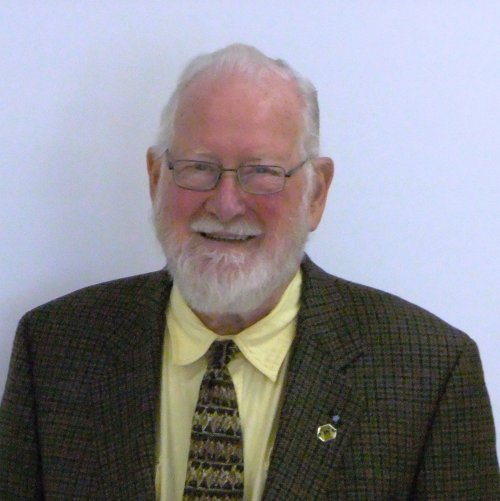 Born in 1932 in Belleville, Ralph Hall of Wellington is a treasury of memories.

His grandfather worked on the railway, in tanneries and a local pottery plant. He wouldn’t let his grandson’s long curly hair be trimmed and it wasn’t until Ralph was four and his grandfather died, that he got his first haircut. His Dad was a chauffeur and worked for the Hotel Quinte for twenty - five dollars a week up until the late 1930s – “big money” in those days. He also loved cars and motorcycles - hobbies Ralph pursed as lifelong interests. His father was also a longtime volunteer in the community.

“I grew up that way,” recalls Ralph.” My Dad was a volunteer all his life. He had a stroke delivering Meals On Wheels when he was 89. He was always volunteering for this or that. It’s just in my blood.”

With 19 years as a board member with The Prince Edward County Community Care for Seniors Association, Ralph has continued the tradition of community service he learned from his Dad at a young age. He joined the organization soon after retiring to Prince Edward County after nearly 40 years working with Ontario Hydro.

“I applied for work with a number of companies and landed an interview with Hydro,” says Ralph. “It was a four-hour interview where they told me all the things that were wrong with the job. It seemed to be that if you could persist through the interview process, you got hired. …I data-start=ed in 1952 and worked for them for 38 years.”

Ralph rose to become a district supervisor of operations for power stations in the Toronto and Eastern Ontario regions.

In 1989, Ralph and his wife Joan bought a new home in The County as Ralph prepared to retire the following year. Soon after, he began to volunteer as a driver with Community Care taking others to medical appointments, the grocery store, and on other errands.

“When I data-start=ed there were three staff members and a lot of volunteers,” he recalls. “We’ve always been very lucky with having volunteers and our services have grown and our clientele has grown. The County has more seniors all the time so the needs keep growing.”

Over the years, Ralph has also become a consumer of the organization’s many services using its volunteer driving services when he has undergone medical treatments. He receives foot care every eight weeks and is a member of the agency’s telephone reassurance program with daily calls to the agency’s office to let them know he’s alright, something that became more and more important after his wife died in 2008.

“It gives me independence. It allows me to fell safe living here alone,” he says. “My children live elsewhere and they are not near. They keep tabs on me but they are busy and can’t call everyday. This way you’ve got somebody looking over you…. If I don't call in, they are on top of it right away with a call to my neighbour.”

Ralph found that volunteering with the organization also helped him during grieving.

“When you lose a loved one, volunteering helps fill a void. It helps you keep going. It gets you out of the house…. You meet so many interesting people,” says Ralph. “It’s a joy to drive somewhere with them. … I like getting involved and helping people. It’s needed and helps a lot of seniors remain in their homes. And it’s very satisfying to help people while staying active.”

To learn more about The Prince Edward County Community Care for Seniors Association and to register for its 40th special event on October 12, 2017, call 613-476-7493, visit their offices at 74A King St. in Picton or email: info@communitycareforseniors.org