Open Navigation
Close Navigation
Our Organization
Back to News
Kinsmen, Sonrise, and the Fire Department support seniors with a recent donation

There was $265.05 in the donation bucket at the end of the day. A recent 2 day Electronic Recycle event involving volunteers from Kinsmen; Sonrise Christian Academy; and the Picton and Hallowell districts of the Prince Edward County Fire Department was held at Home Hardware. Many participants expressed their appreciation with a contribution to the donation "bucket". The group of volunteers put their heads together and decided that they would like it to be used to support a Christmas meal for seniors in Prince Edward County. 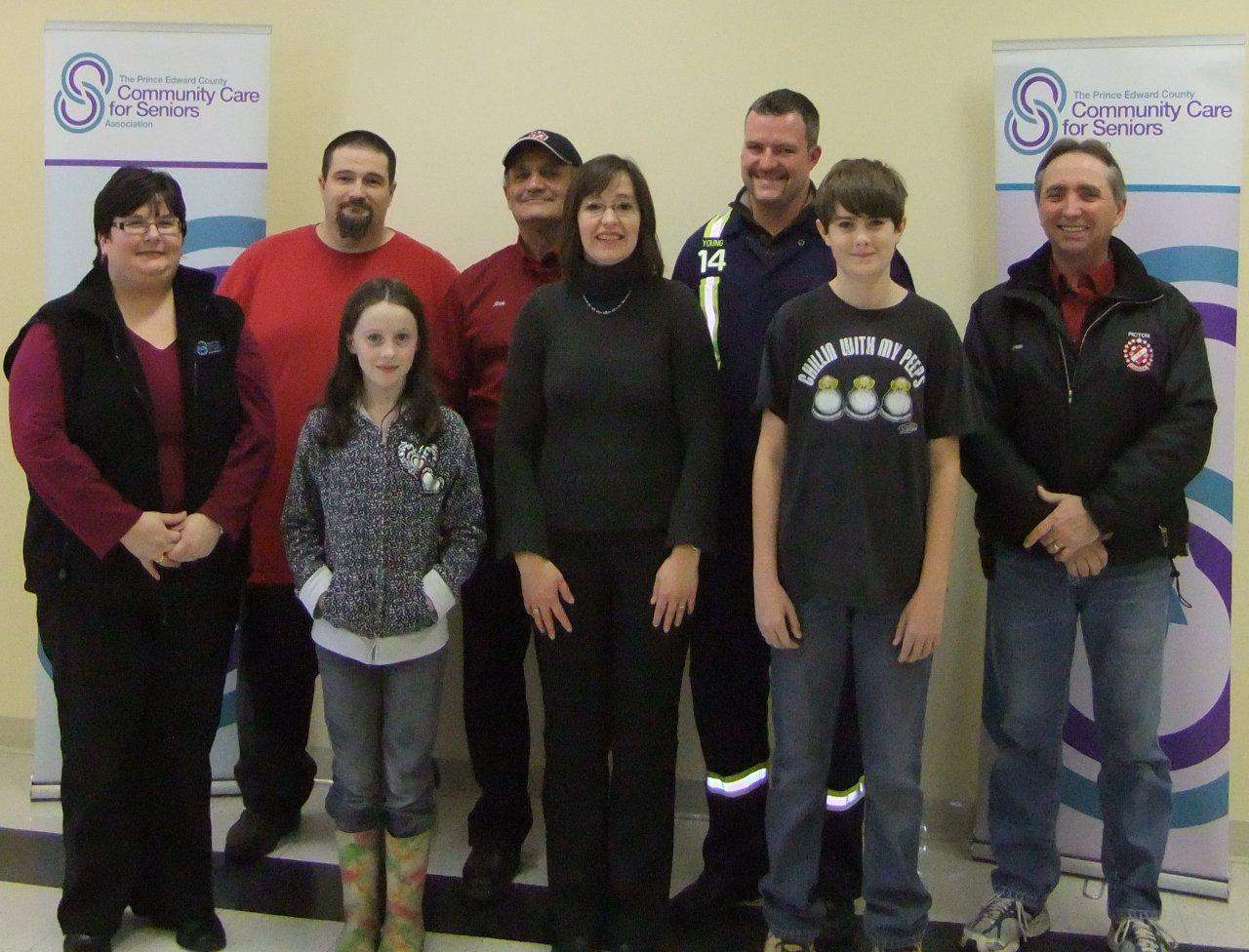 A phone call to Prince Edward Community Care for Seniors was the next step. The money will be used for Community Care to host a special Christmas Dinner for seniors in the Hillier Town Hall. This is a new location for the agency to hold an event for seniors and the site was chosen with the prompting of the group of volunteers because they wanted to touch seniors in a rural part of Prince Edward County. Executive Director Debbie MacDonald Moynes says "Community Care is grateful for this donation which was also an incentive to offer an event in a new location. If it's successful, we will consider having future programming at the Hillier Town Hall."

The Hillier Seniors Luncheon Social will be a traditional Christmas Dinner featuring homemade soup, roast turkey with mashed potatoes and dressing, gravy, cranberry sauce, turnip, coleslaw, rolls & butter. For dessert the seniors will enjoy Christmas Pudding with their coffee or tea. To reduce the work for the Community Care volunteers who help at the event, participants are asked to bring along a soup bowl, plate, cup and cutlery.

For information on the entry fee for the meal and on transportation to get to the Hillier Town Hall, call Community Care at 613-476-7493 by Monday, December 12th.